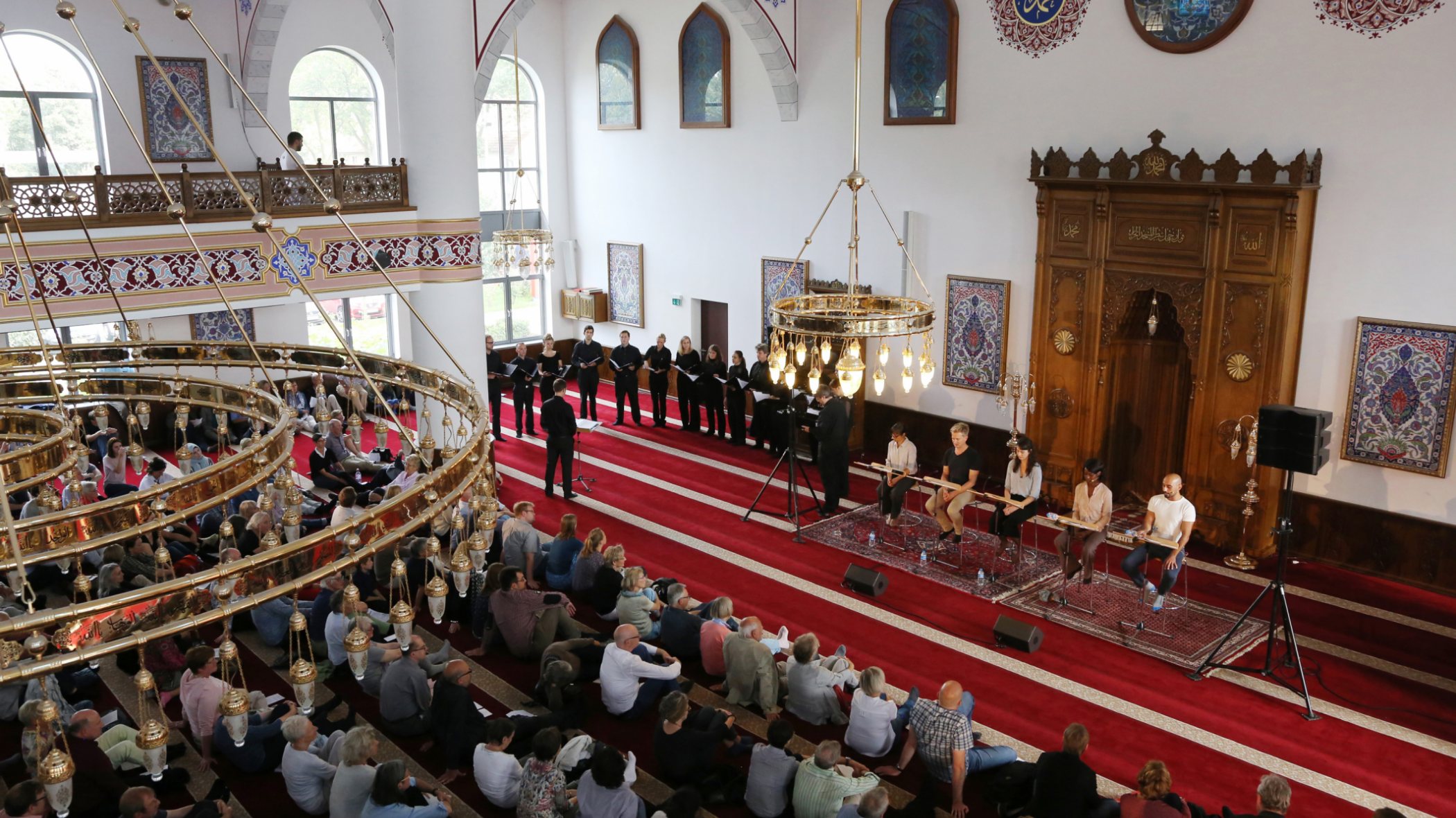 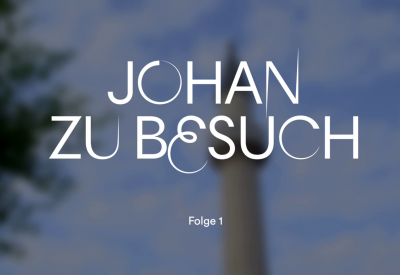 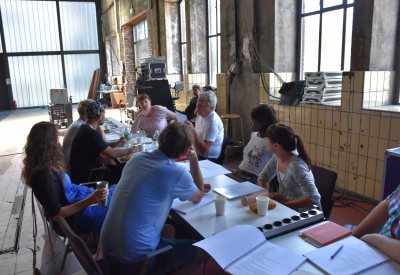 A play has been created following extensive research into the religious life of the Ruhr region. What do people in Essen, Duisburg, Bochum, Hamm or Dortmund believe in? What language does their God understand? Which churches, prayer rooms, mosques, temples do they visit? Do they believe that their faith is a private matter? Do they belive that their faith is political? Do they believe in the freedom of others? What do people of faith think of their non-believing neighbours, and vice versa?

The Ruhrtriennale’s project in urban spaces investigates religion in cities within its social and political context.

The chorus of citizens of faith speaks. But as soon as one member starts speaking, another interrupts. The chorus cannot find a common language and yet, as a chorus, they all have a common opponent: the non-believers. Globalization, migration and at the same time the loss of religious ties have turned our cities into places of diverse religions and world views.  Muslims, Buddhists, Hindus, Sikhs, Jews and Christian denominations from around the world – Pentecostal, Evangelical, Catholic, Protestant and Orthodox – make the Ruhr region a religious megacity.

On six successive Sundays, URBAN PRAYERS RUHR will be hosted by six different houses of worship in the Ruhr region.  Each community will provide their own cultural contribution to supplement the performance by five actors and ChorWerk Ruhr. Hindu temple dancers will perform in Hamm, the Lighthouse Family Choir Gospel will sing at the House of Solution, a dervish will dance in Marxloh, the Serbian folk dance group ‘Srbija’ will perform in Dortmund and the Nodelman Duo will appear at the Kantor Tsah Synagogue. Following the end of each of the performances there will be an opportunity for communal discussion and an exchange of experiences over traditional dishes. Free guided tours through the houses of worship offer audiences the chance to learn more about each religion and the life of each community.
The event at the Lutherkirche in Lohberg on 4th September and the small celebration which follows in the Marktplatz in Lohberg is organized in collaboration with Christian-Islamic Dialogue of Dinslaken. After the “Protest-ants” have appeared at the Lutherkirche in Lohberg, they will all go to the Marktplatz after the performance in order to spend the remainder of the evening together. Free guided tours of the area, taking in the sights of Lohberg with its three mosques and two churches, are part of the programme here.
Give yourself plenty of time! Stay behind after the performances! Make the most of this chance to experience the Ruhr region in all its (religious) diversity to an extent you did not know before.

In spring 2016 Verlag Antje Kunstmann published a book by Björn Bicker, the author of the play ‘URBAN PRAYERS RUHR’, about this theatre project entitled: ‘Was glaubt ihr denn. Urban Prayers’ (“So what do you believe? Urban Prayers”). 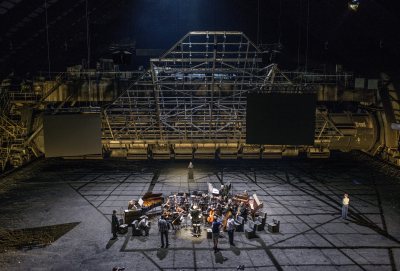 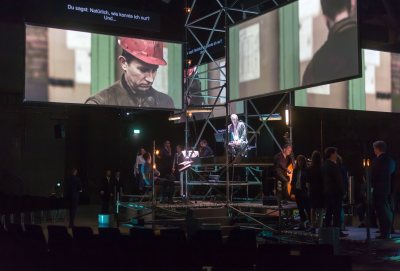 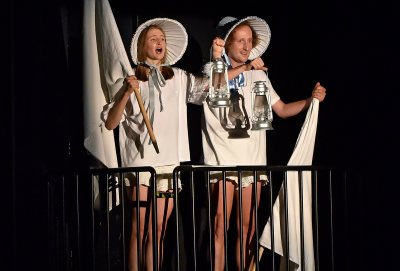