“Junge Kollaborationen” (“Young Collaborations”) is a project for an open form of cultural collaboration and communication between the Ruhrtriennale, young people from the Ruhr region, artists, schools and other institutions.

The Ruhr region has a rich history of immigration going back over 150 years, it has one of the highest poverty rates in the country and the largest number of refugees in Germany. The Ruhrtriennale invites everybody to be part of one of the most exciting arts festivals in Europe.

“Junge Kollaborationen” asks how young people can participate successfully. One rule is that all those working on the project are equal in communicating, planning and carrying out projects. Each of the participants – whether they work for the Ruhrtriennale or are an artist or young person – brings their own story, their knowledge, their expertise with them, without a value being calculated for this or a place assigned in a hierarchy.  Our aim is to make the relationships between people visible: from negotiating content to presenting the processes and their results in productions and publications.

The projects, workshops and performances of “Junge Kollaborationen” are an invitation to the audience also to become participants. 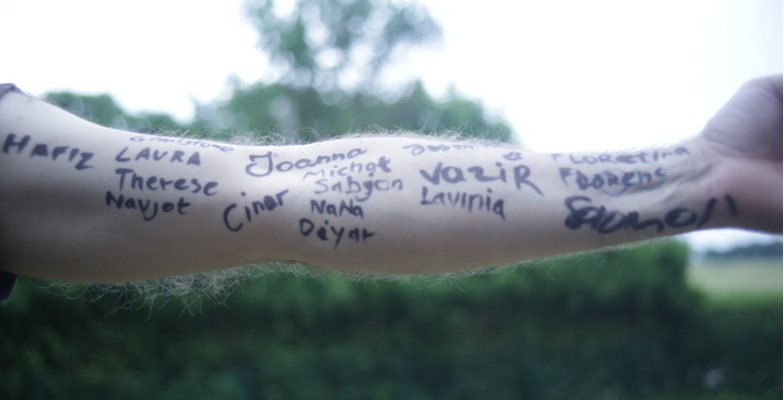 A group of them have now founded their own artistic production office called Mit Ohne Alles (“With and Without Everything”) in response to the question of how they would like to take an active part in the festival. Mit Ohne Alles will work at the heart of the Ruhrtriennale, in the festival makers’ operations room. The group will get to know the institution from the inside, its mechanisms and structures and the professions and roles which are necessary to make art possible. From there they will develop their own artistic ideas which they will plan and realise together with the festival makers.

In addition to this project idea, they will also have their own microsite covering their activities.

The group will work on communications together with members of the press, marketing and dramaturgical departments and inform interested young people via Facebook, Twitter and other platforms about advances and setbacks, dates, internships etc.

All activities of Junge Kollaborationen at a look:

Theatre for families and workshops for classes
Sturzflug by Studio Orka