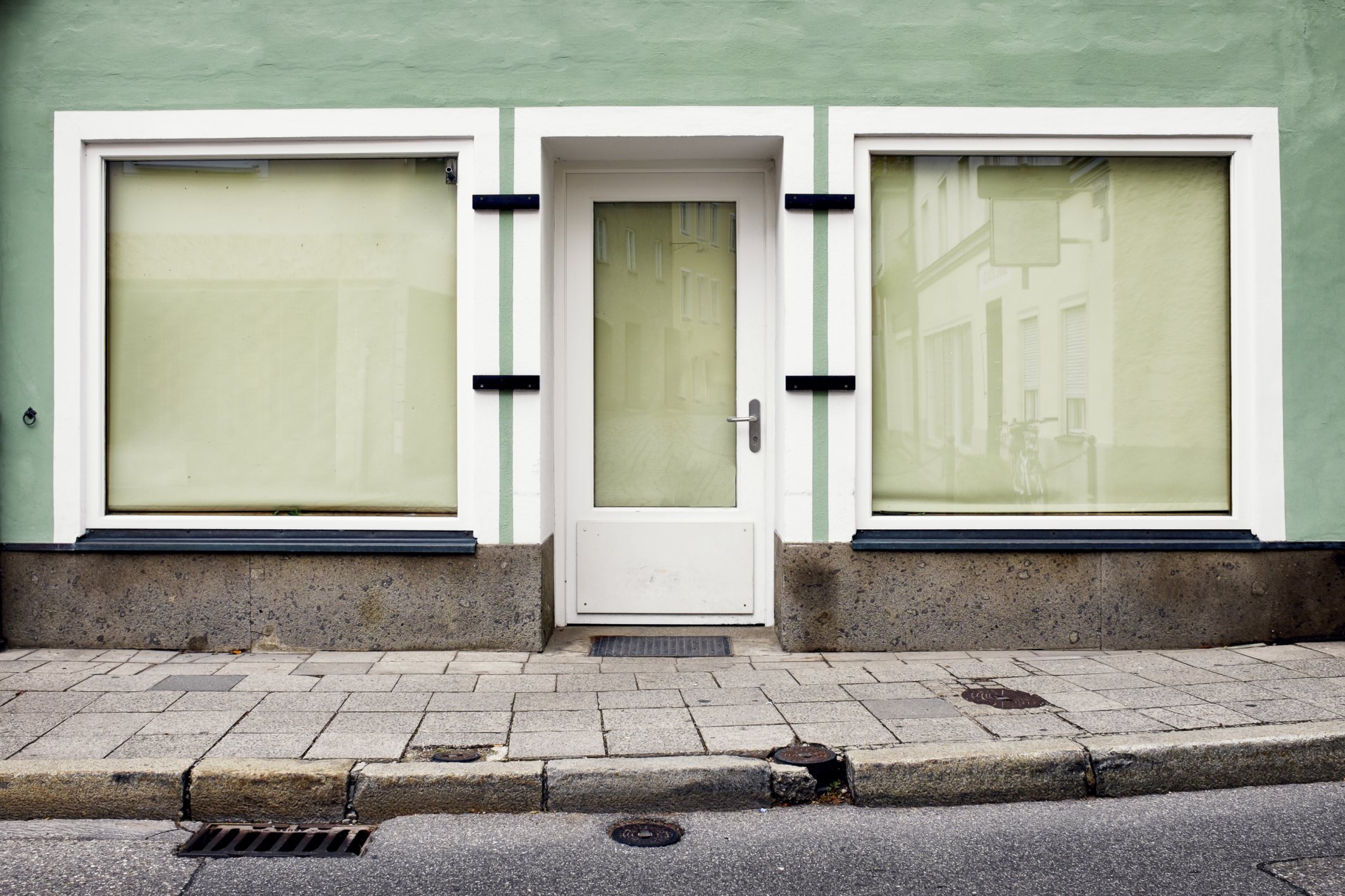 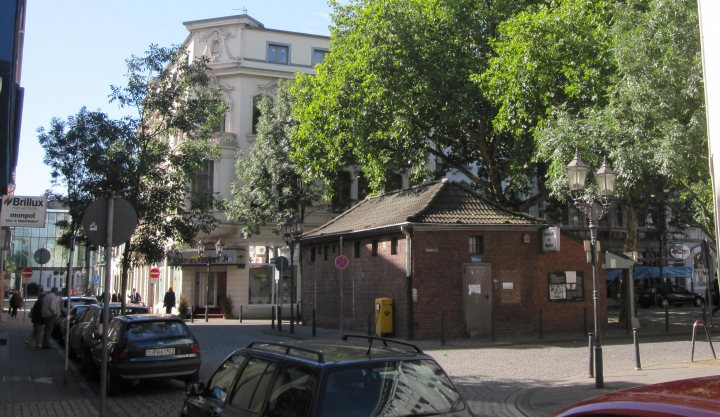 There haven’t been any goods in these shops and their windows for a long time. Nothing is sold here, at most shortages are administered. But that’s all over now. The Ruhrtriennale turns empty shop-fronts into new art spaces. Orphaned local shop units turn into galleries for a limited period. Spread across Bochum, Dinslaken and Duisburg, young artists from renowned art schools present installations and other works specially created for these empty shop windows. Every work an exhibition piece (Ausstellungsstück). Not for sale, priceless, but on view every day. A new generation of emerging artists is there to be seen. 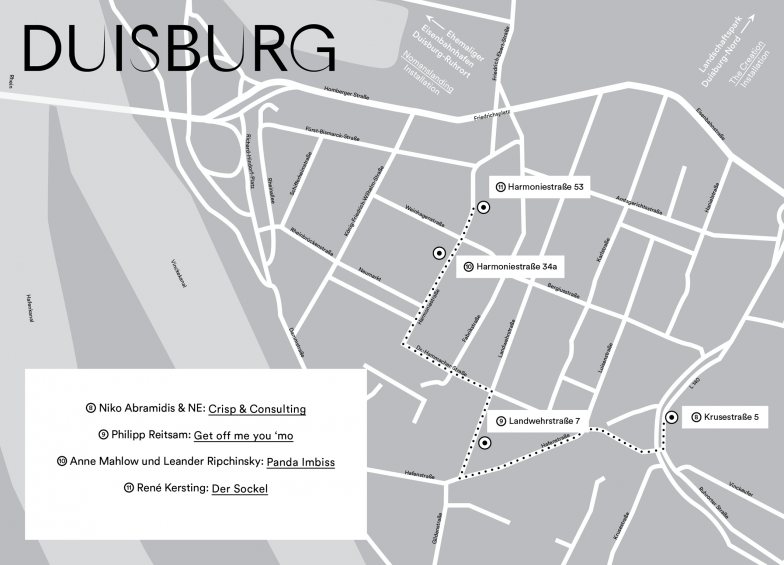 Gambling once took place in the corner. With international venture capital, we have become more creative. I need willing workers to implement my business model quickly before the black cars slowly pass by the door. To put it simply: I have imported shiny stones that always bring luck, even for business deals that are not all too serious. I like working best at twilight. Management takes place according to the snowball method. To increase the productivity of the workers, we now manufacture our own amphetamines. We avoid all artificial flavours and additives. We focus on consulting, you bear the results. (Niko Abramidis & NE) 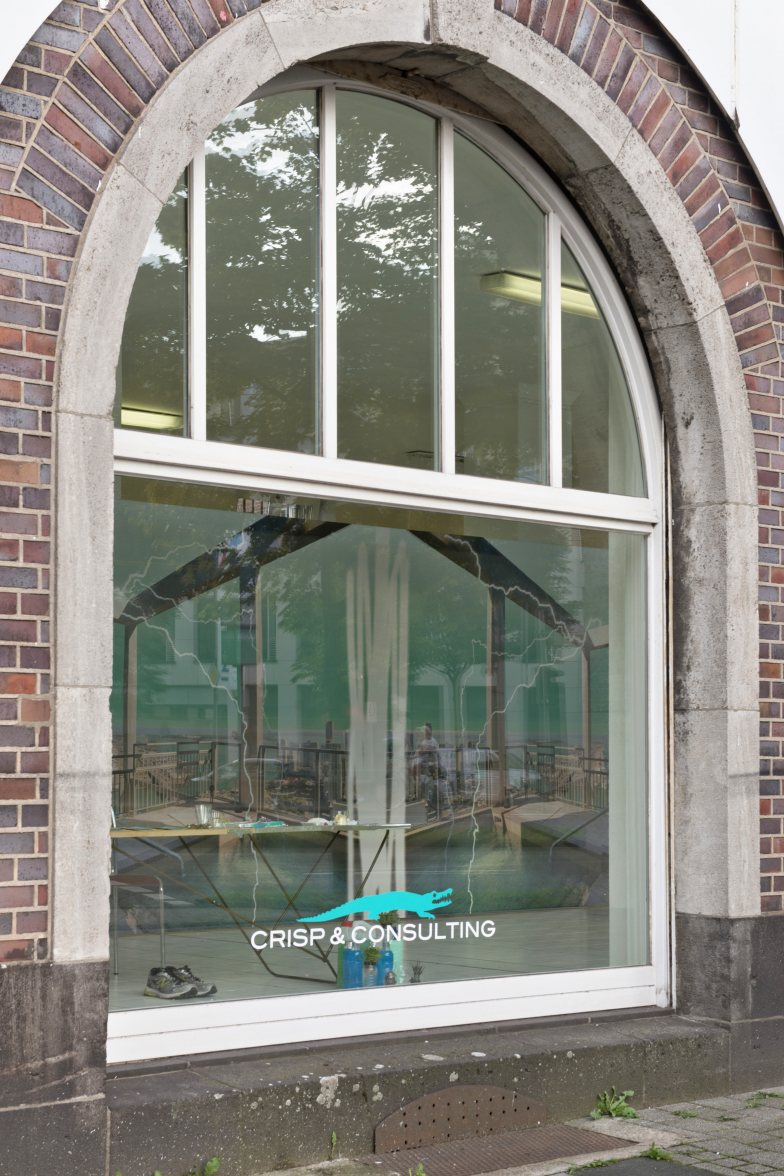 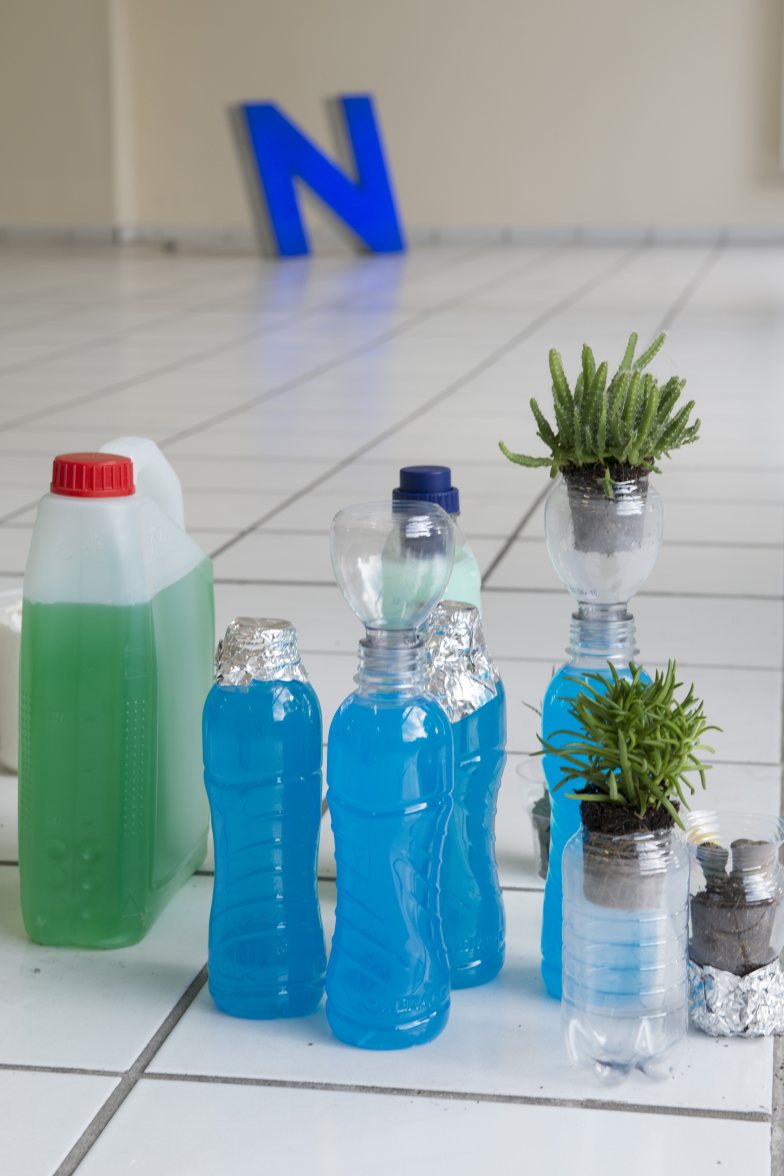 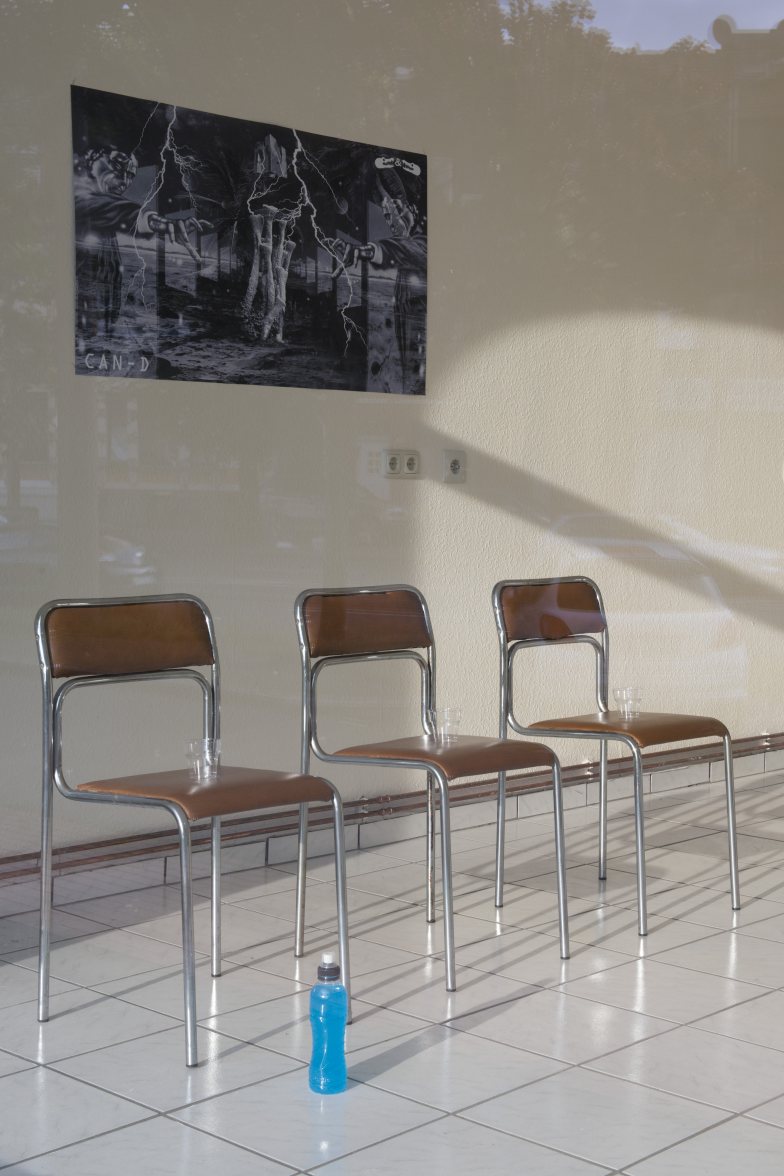 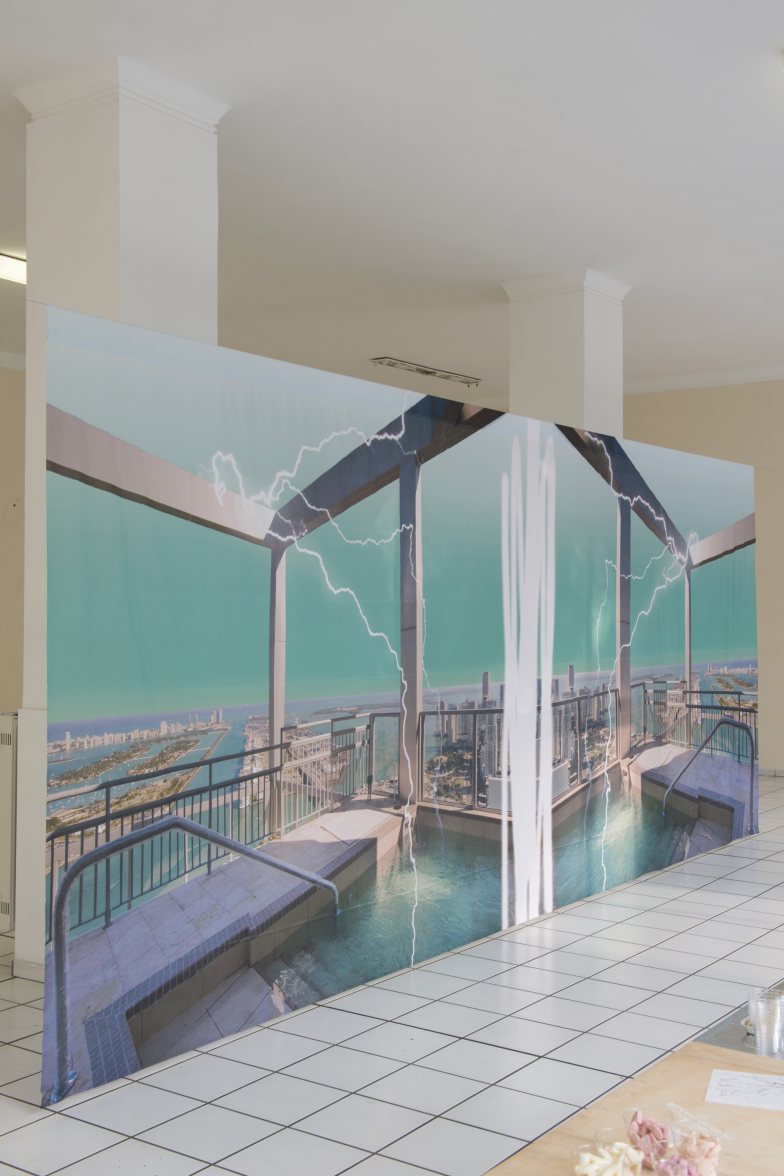 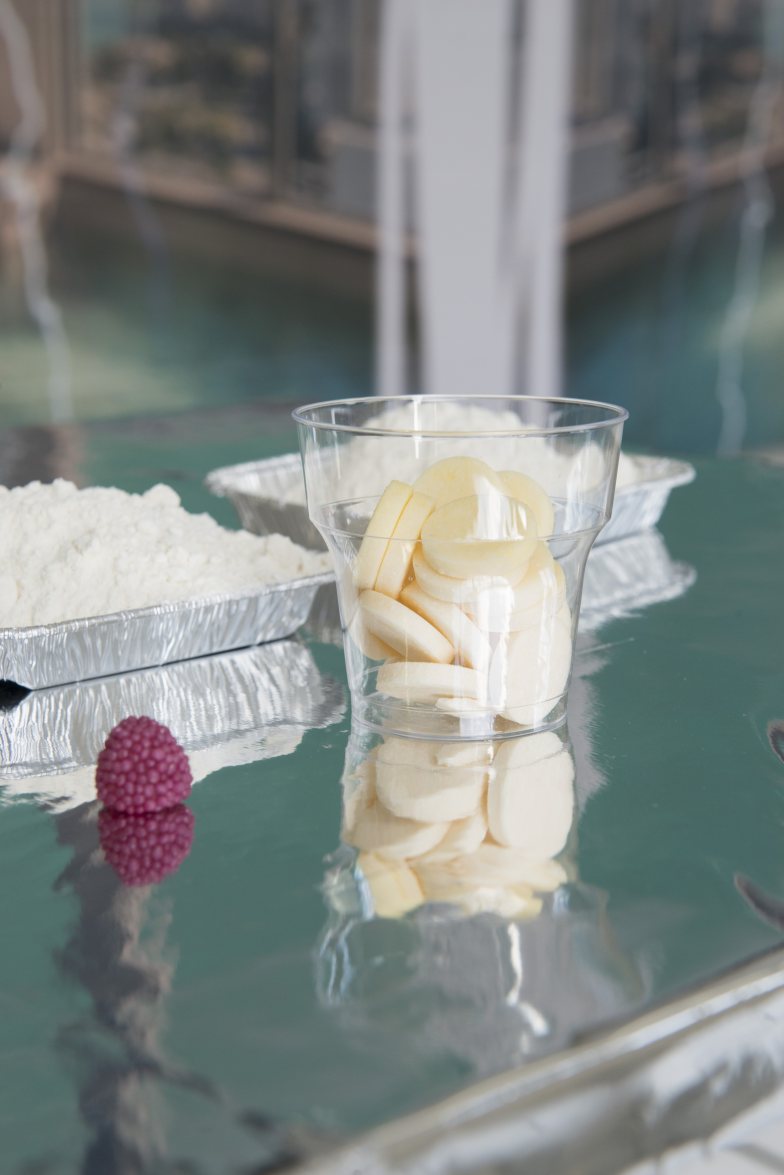 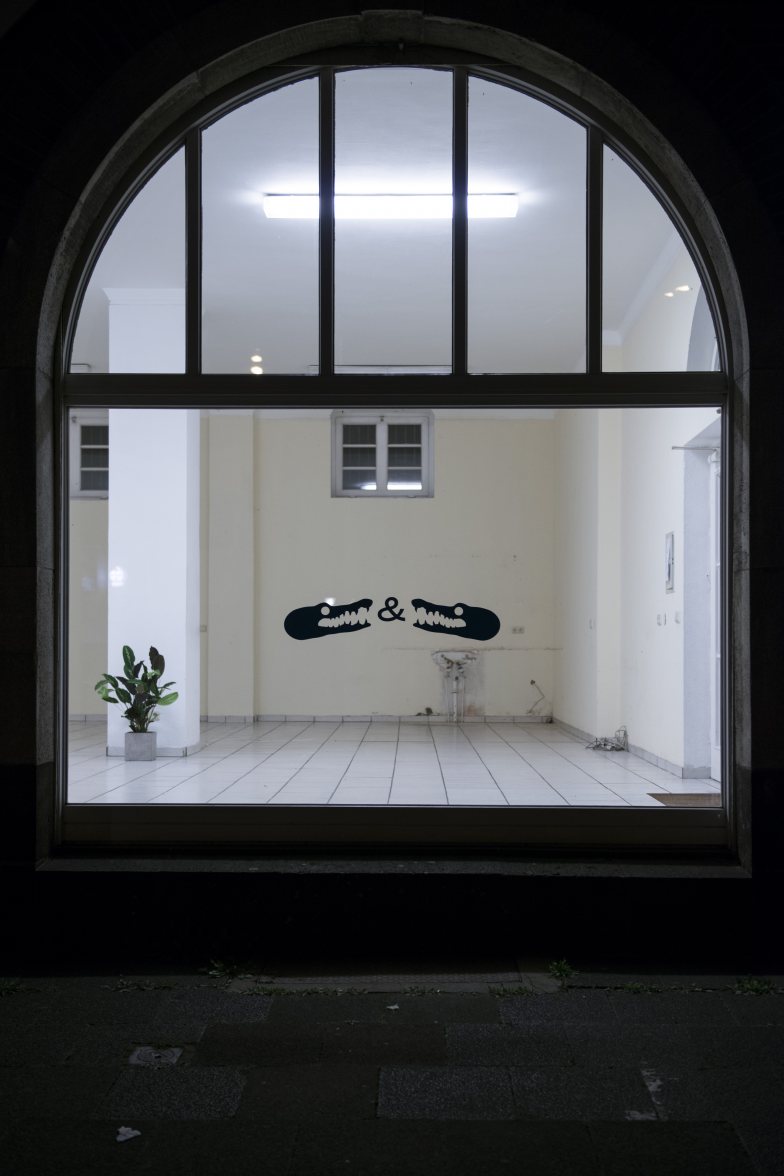 The façade is both a generator and reflection of its surroundings. A façade consists of three parts: base, middle section, and top. The base belongs to the public. It has a direct influence on the impact and development of street space and unavoidably becomes part of it. It has to offer the public a screen. It thus becomes an image of urban space. The exhibition “Der Sockel” (The Base) with 80 photographs deals with the bases of urban façades. What is the meaning of the base for the quality of urban space? (René Kersting) 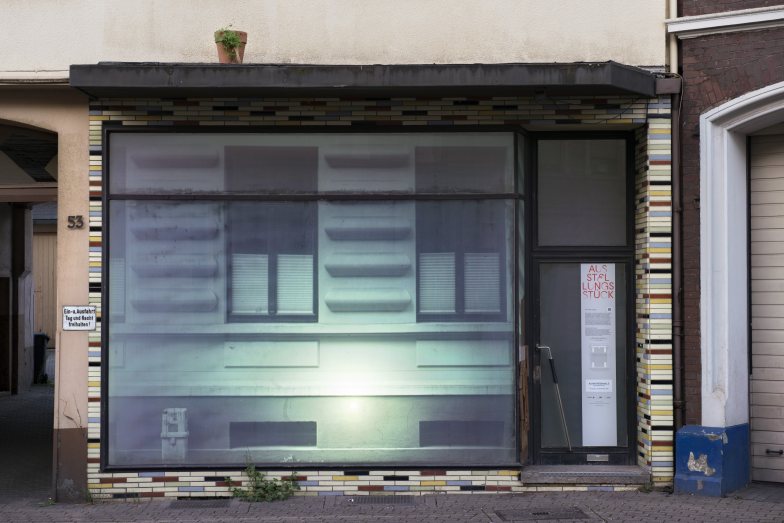 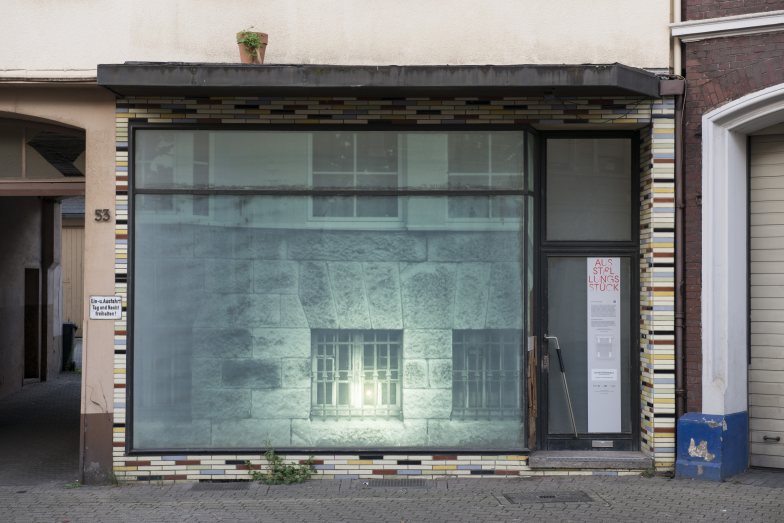 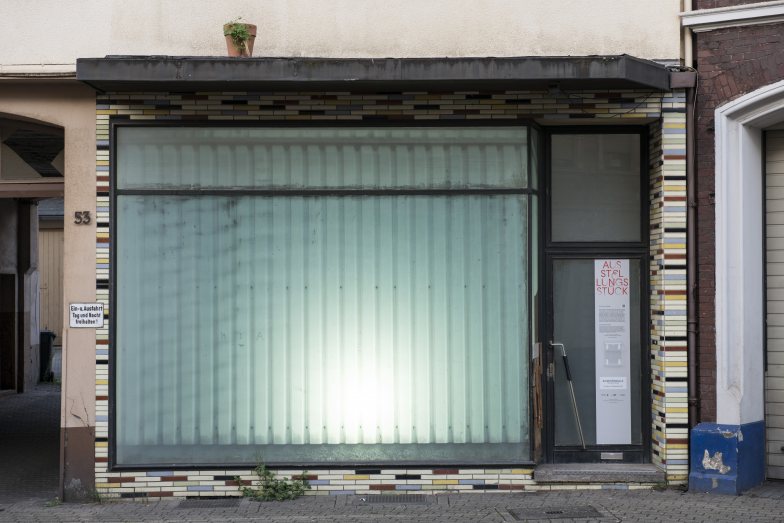 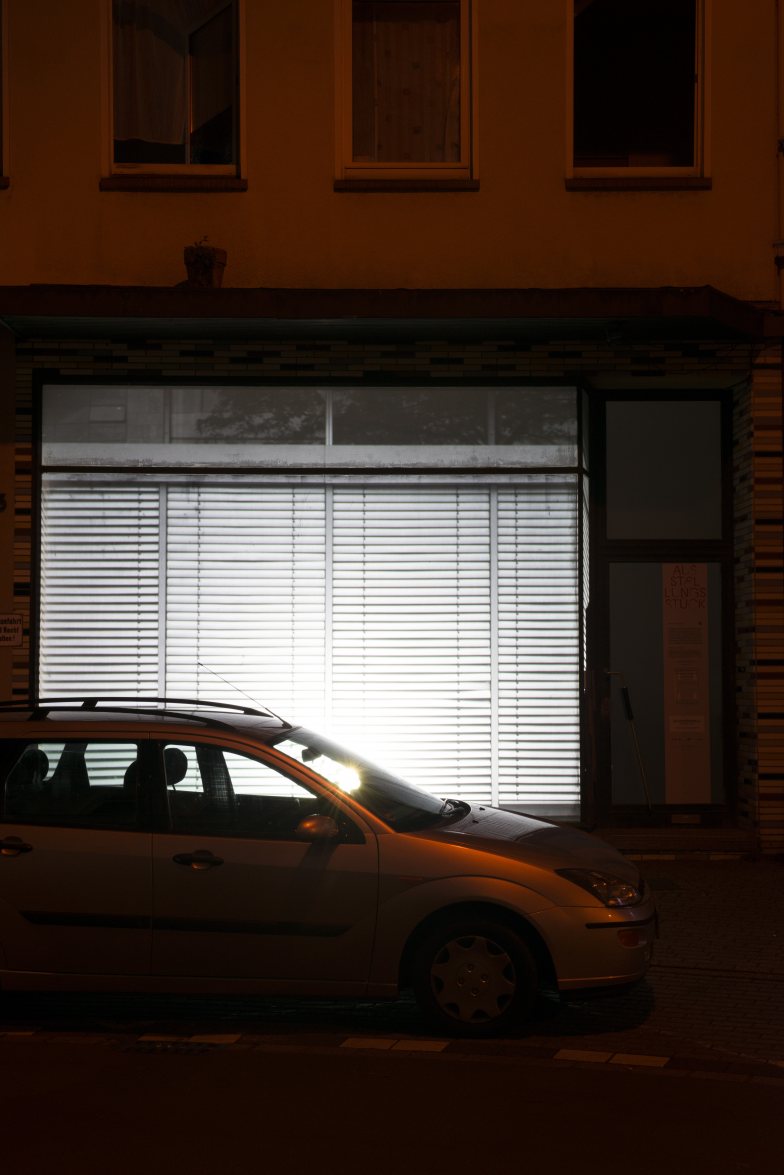 - "What’s going to open here?"
- "I thought it was going to be torn down."
- "They had the best chips in all of Ruhrort."
- "I have no idea what it is, but have fun!"
- "If you hold a hair dryer beneath it to heat it up, it works like a charm."
- "That’s real archaeological work going on here."
- "Are you opening a new store?"
- "I thought you were going Chinese."
- "That’s going to go under, too, there’s just too much going in Ruhrort right now."
- "They already had that when I was a kid, it’s all changed."
- "You’ve got your work cut out for you."
- "The place was taken over by a Greek in 1986."
- "That place was really famous for its chips."
- "They had everything from children’s toys to pots and pans."
- "First there’s creativity, and then everything gets going: plop, plop, plop."
- "That was supposed to be a drive-through."
- "It’s been closed for twenty years now."
- "Are you reopening?"
- "We’re counting on you!"
- "You have a whole lot of cleaning to do before Saturday."
- "What a shame, how run down everything here in Ruhrort is. Give it another ten years."
- "Art? Well, that’s better than nothing." 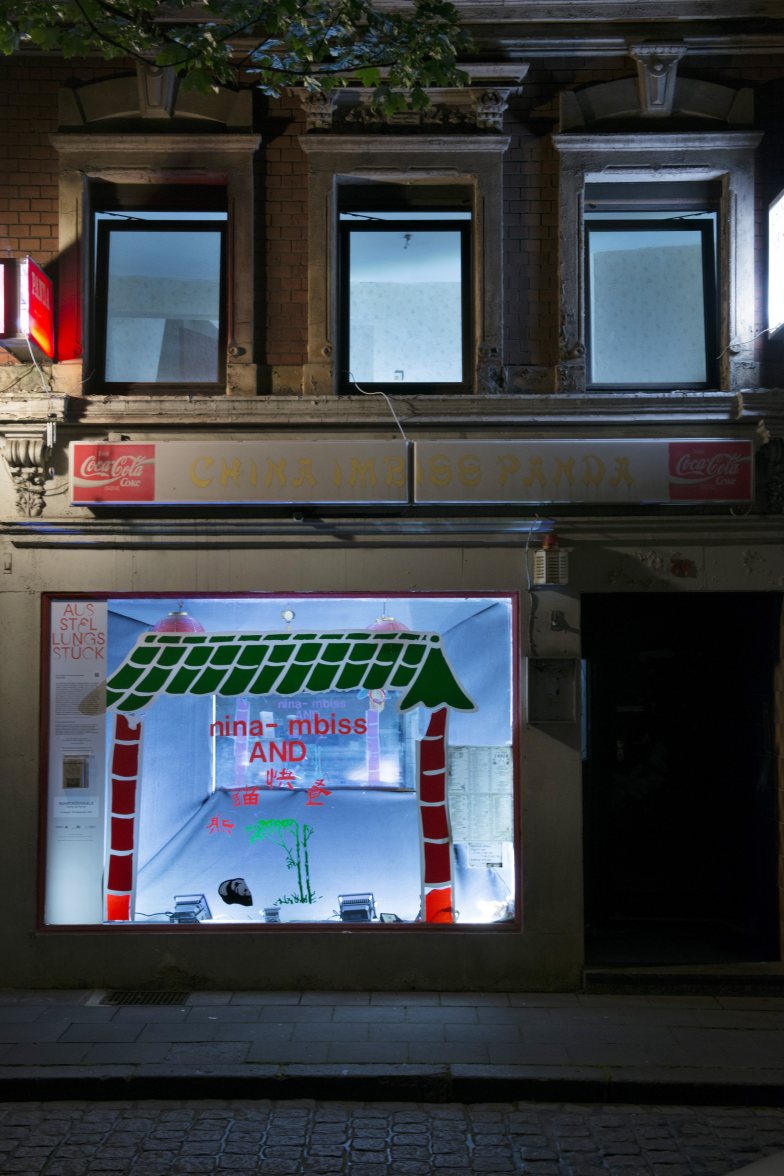 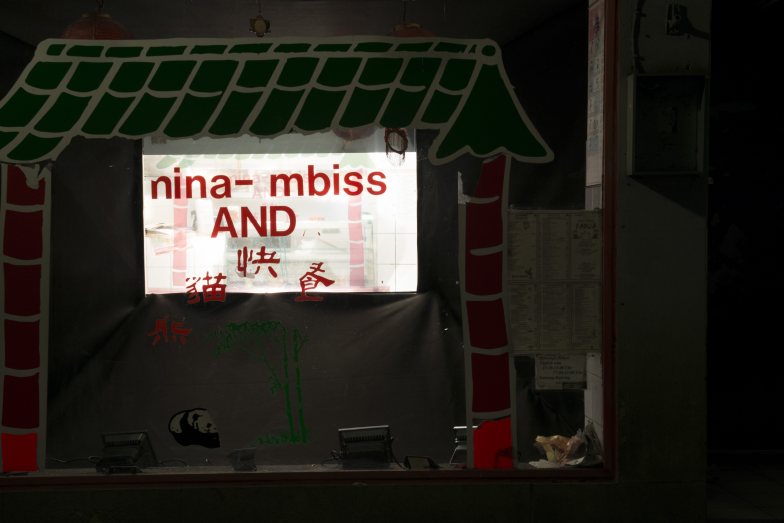 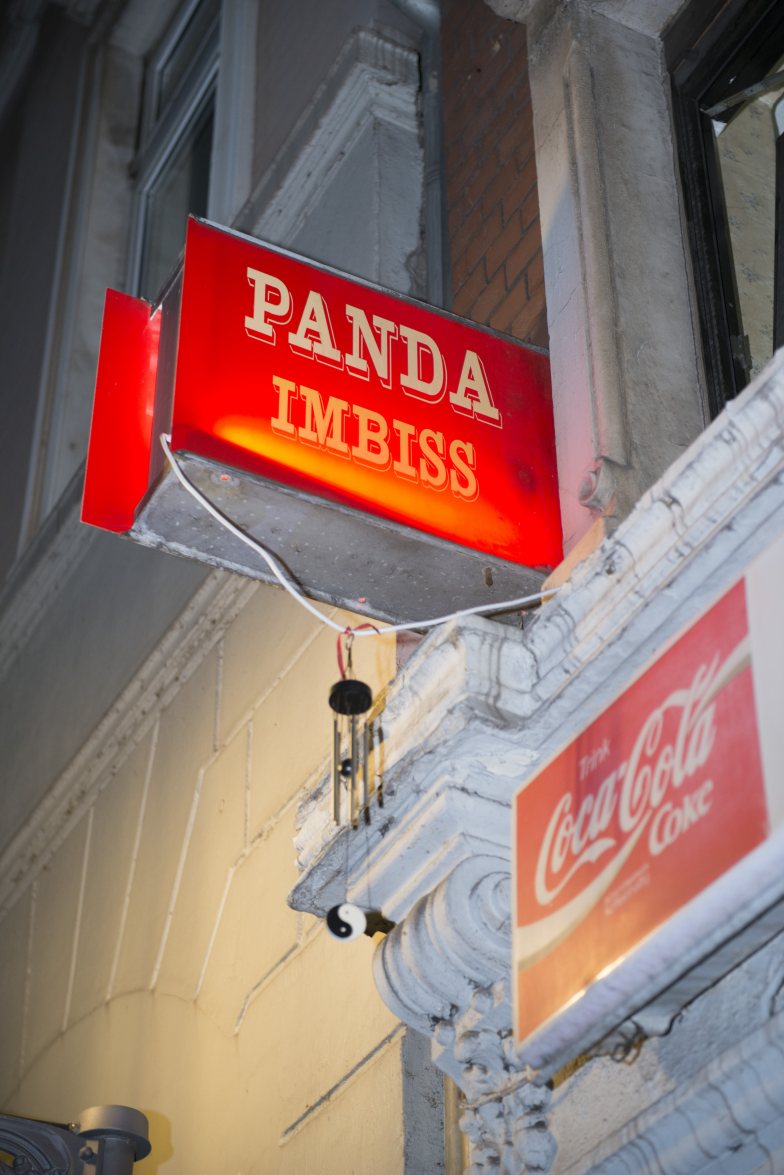 Philipp Reitsam: “Gett off me you ‘mo”

This work deals with elements of popular and subculture, in a sense “underworlds” of our society, and focuses on a particularly complex combination: In the late 1980s and early 1990s, British football culture entered into a complex link with rave culture. The trigger here was a loosening of the jersey code, so that colourful football jerseys borrowing from rave style took over the British stadiums. Hooligans finally took up elements of rave culture, often participating in raves themselves. This fusion of subcultures led to a certain taming of hooliganism. But the Thatcher government attacked the scene with a vengeance. In 2013, British ravers used the death of Margaret Thatcher as an opportunity to show their presence, as it were to “resurface.” The graphic patterns on the training suits represents a further development of the jersey patterns, the cut comes from the late 1980s. (Philipp Reitsam) 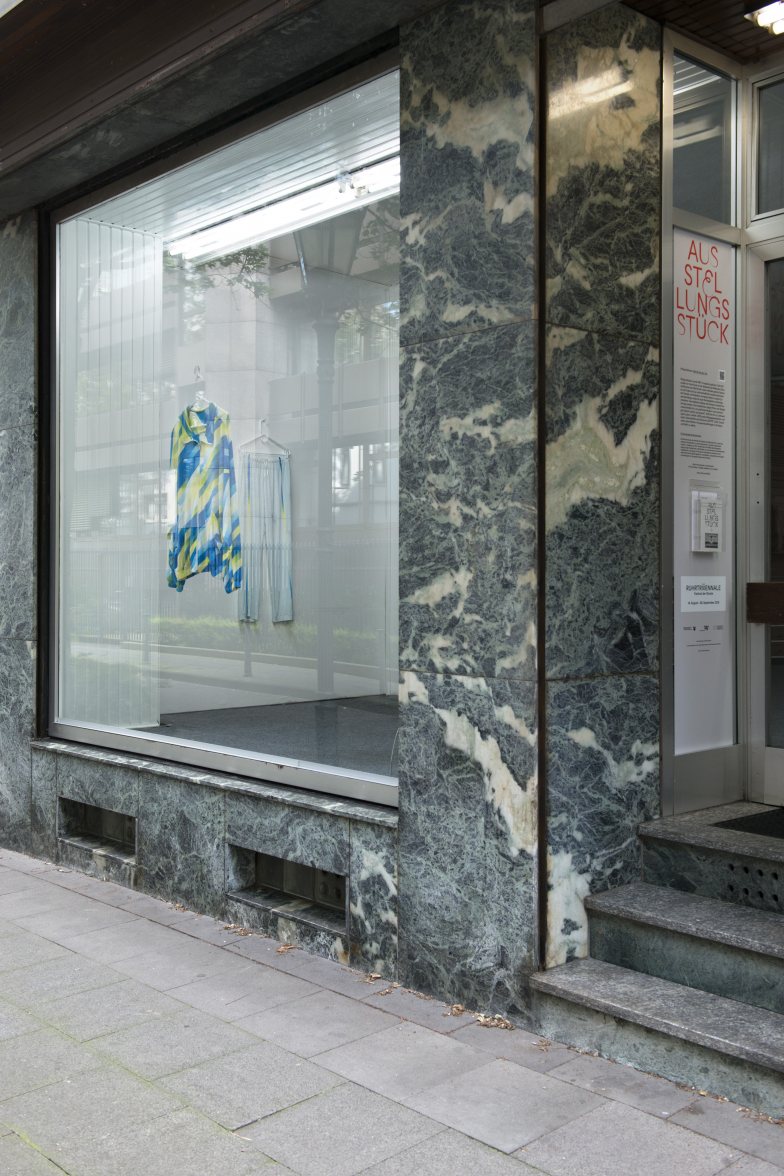 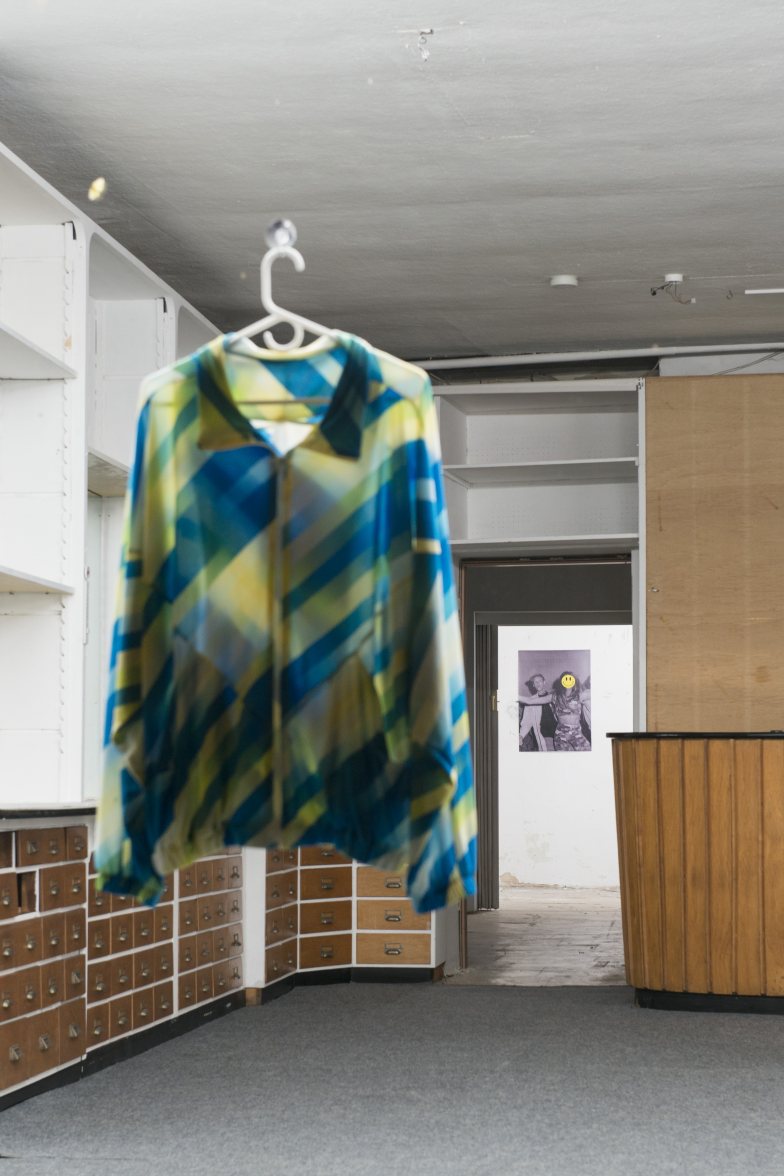 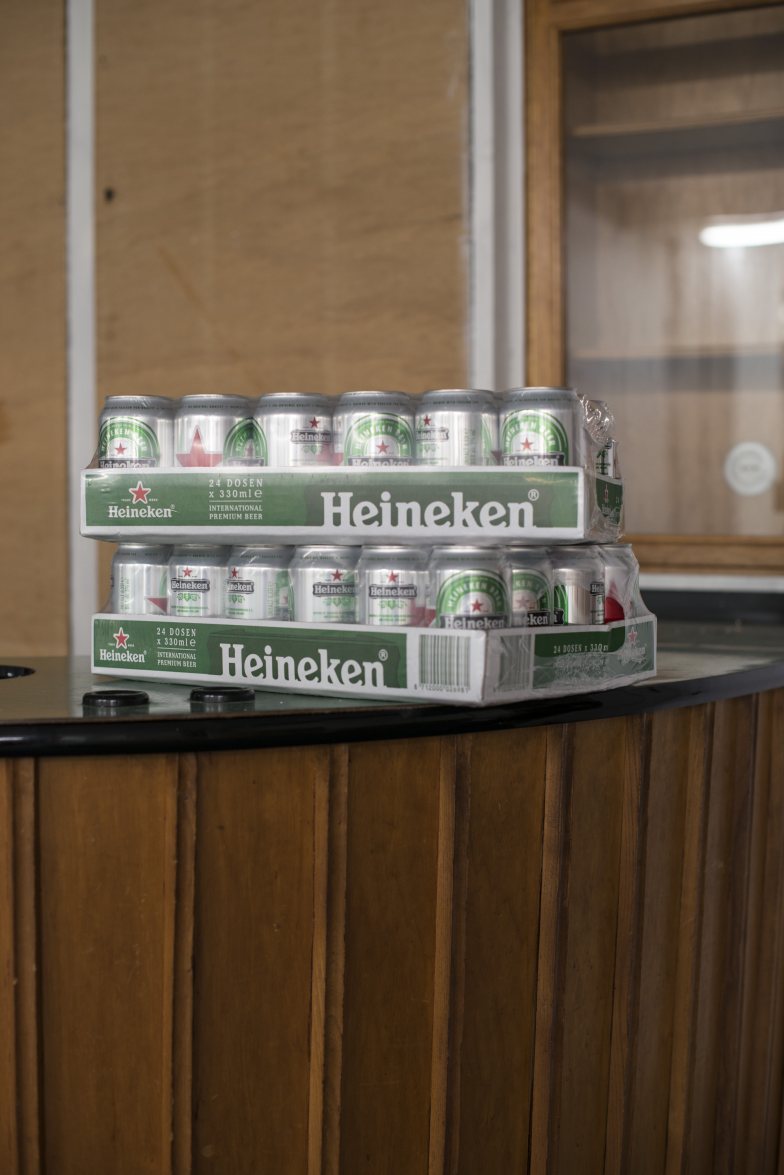 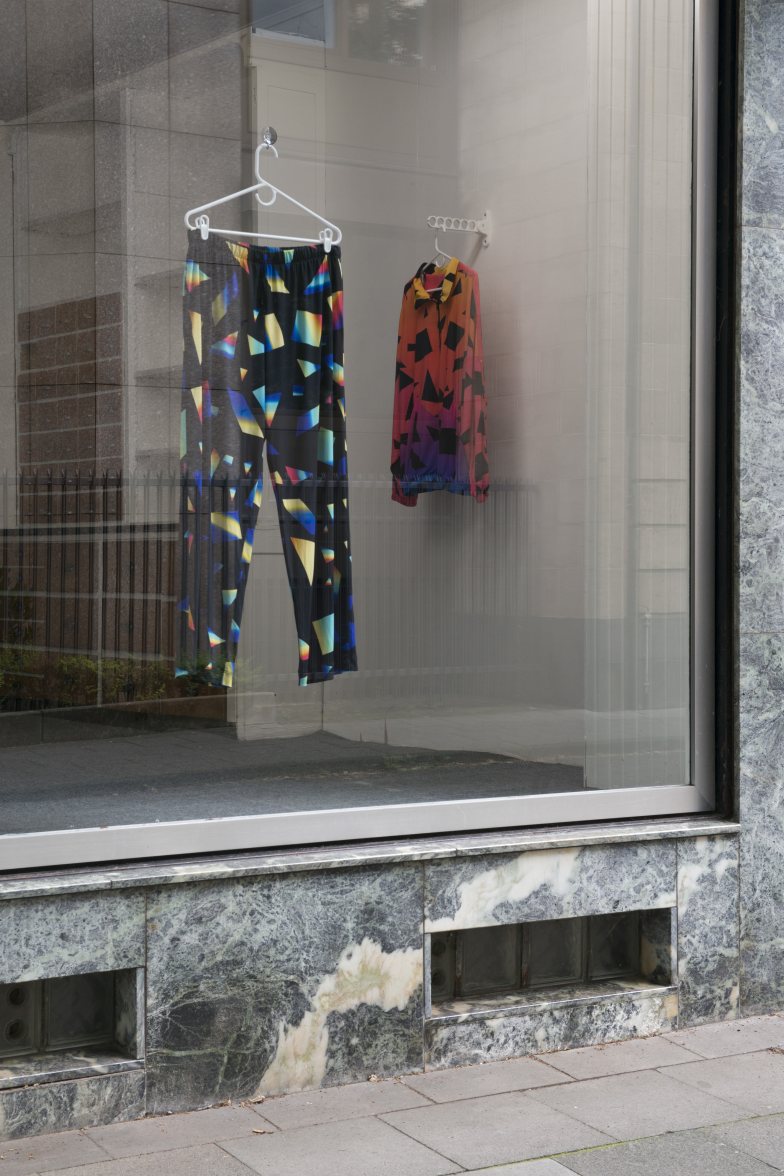 And what about after the project? – the Ruhrtriennale would like ‘Ausstellungsstück’ to contribute to reviving city centres as meeting places and community spaces. With this in mind it is desirable that the vacant properties should also be used after the project period. Anyone interested in renting one of the shops should contact the representatives of Bochum Marketing GmbH, GFW Duisburg and Wirtschaftsförderung Dinslaken. 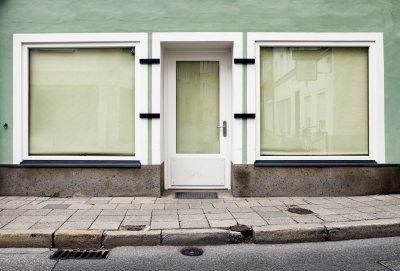 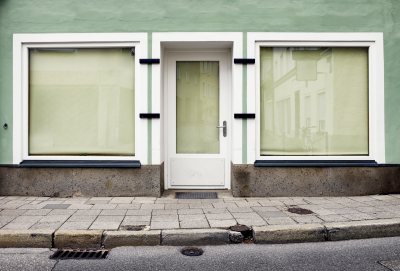